In 2004, a Carnegie Mellon University study looked at the impact of empathetic storytelling. They studied participants who received two different kinds of donation requests from the well-known nonprofit Save the Children, an organization that aims to promote all children’s rights and provide support around the globe to uphold them.

The first request used a number-heavy approach: “Donate $25 and feed a child for a month. Just under a dollar a day will feed this starving child.” The second took a more narrative, storytelling approach where they profiled the children and told the story of their suffering. The participants who were told the personal story gave more than double the amount of those who read the number-heavy request.

I’m certainly not surprised by the study’s outcome. Research has shown that empathy affects our thinking and stories about real people that make us actually “feel” are the best way to motivate us into action. 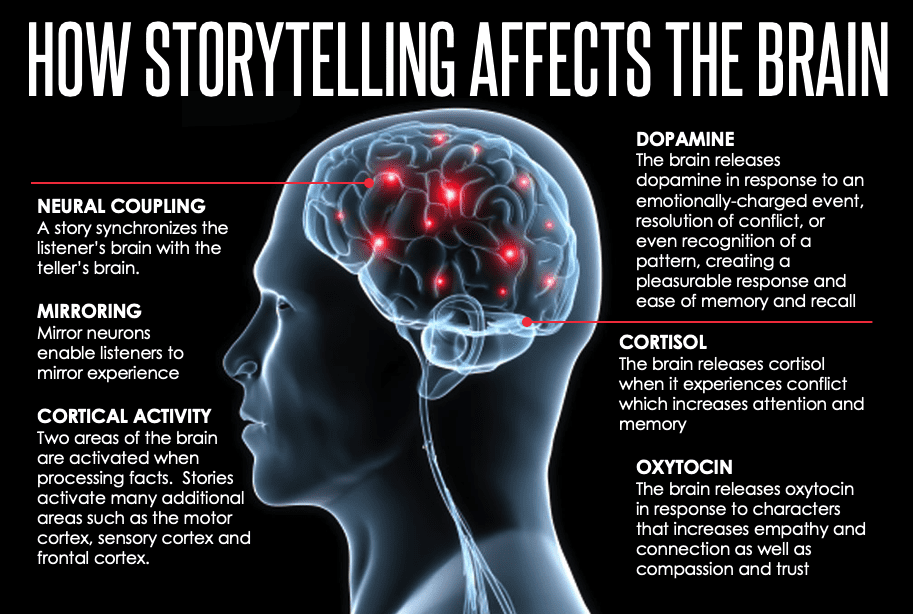 In Mean People Suck, I take this concept a step farther and explore the ways empathetic storytelling can actually transform our personal and professional lives.

What Makes Storytelling So Effective?

According to Vanessa Boris in Harvard Business Review, effective storytelling forges bonds between the listeners based on shared ideas. Those shared ideas create the bonds that define our culture, our values, and our shared history. Numbers may provide the most accurate insights, but sobering statistics and percentages aren’t always the best way to show us what’s at stake. It’s human nature to feel for others.

Stories Increase the Value of Your Products, Services and Brand

Perhaps one of the best stories I’ve heard about how storytelling can increase value is that of two reporters, The Washington Post’s Rob Walker and The New York Times’ Joshua Glenn. They considered themselves storytellers who believed in the power of stories to create quantifiable value through empathy. They wanted to test their hypothesis, so they came up with this idea called the “Significant Objects Project.” They theorized that sincere stories were such a driver of emotional connection that their impact could be measured objectively.

They started by buying 100 useless trinkets at garage sales and online, all for a few dollars each. They then turned to their colleagues and a community of writers to provide a backstory for each object. Those writers included bestselling authors, Pulitzer Prize winners, journalists, and mommy bloggers; and they were each asked to write one story about one of the objects. 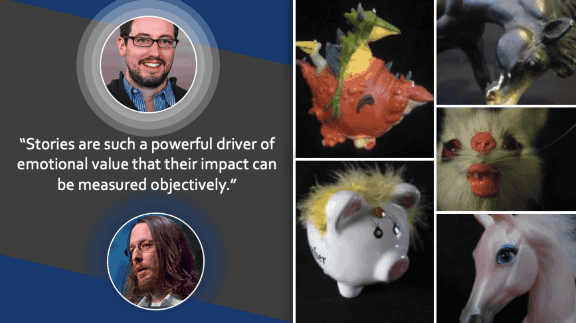 One writer penned a fictional letter by a woman named Susan about a globe paperweight that Rob and Joshua had purchased for $1.49. In four pages, “Susan” told an elaborate tale of love lost, amazing sex, travel, regret, loneliness, and questions of self-worth. When the letter was attached to that item, the $1.49 globe paperweight sold for $198. That’s a 132,000-percent difference! 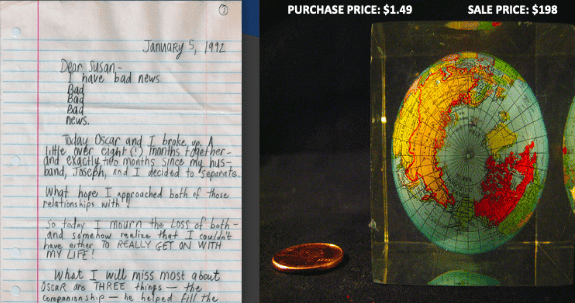 Rob and Joshua had spent $129 on 100 items purchased in thrift stores, garage sales, and online. Those items then sold for $3,613 online once the fictional stories were added to the items. The final markup average for those 100 items was about 2,700 percent. The point is that stories have real value.

There are different approaches to storytelling, but one of the most well-known was created by Joseph Campbell, who studied 200 memorable stories from every culture around the world in his book The Power of Myth (Anchor Doubleday, 1988). He created what is known as “the hero’s journey,” which is the common element in all good stories from the beginning of time. It follows this straightforward pattern.

However, my personal favorite when relating storytelling to marketing is Pixar’s variation on Campbell’s hero’s journey. In his book Creativity, Inc., Pixar’s Pixar’s co-founder and former president, Ed Catmull, explains how anyone can scale creativity and achieve the consistent success Pixar did. Ed explains how the hero of his story was his team. Pixar had a completely flat structure and a famous vetting process for their story ideas, where they would bring in 50 employees from throughout the company to talk about story ideas and plot lines. Anyone could contribute to the conversation and say what they thought.

The hero of Ed’s story was his team, and the hero of the team’s story was the audience. The audience was the movie watcher they were trying to reach. In other words, “It’s not about you!” (That’s a famous line from The Incredibles.)

No matter what industry you work in, Ed’s message is important for us to remember. The truth is, it is never about you. For successful personal and professional relationships, the ability to understand what others are experiencing is critical. This concept is also known as empathy.

A perfect example of a marketing executive who mastered the art of telling human stories their organization is Jill Kouri. I met her when we both served on the board of a business marketing association. When she was promoted to CMO of commercial real estate firm Jones, Lang, and LaSalle (JLL), Jill made it a point to build marketing communications as a strategic function.

Her plan included redefining what marketing meant by building a team of diverse storytellers. In a 2016 interview Jill said, “we are committed to maintaining a culture that unleashes the full potential of all employees. We recognize that diversity is a core component of our business and the right thing to do for our workforce and communities.

The team of writers started by telling human-centric stories about everything we may need to know in commercial real estate. They strived to help their clients achieve their ambitions, and that stemmed from the belief that every accomplishment begins with a unique ambition. In October 2017, they released a new content hub called Ambitious. The hub featured a magazine and website that became a source for the stories they told about their clients. They took case studies and turned them into human interest stories.

They used multiple mediums to layer their content.  After the magazine was released, online videos would be posted on the company website, expanding on those stories. They also wanted to use the platform to tell the company’s own personal story to help people get to know them. The platform quickly generated interest. They printed 3,000 copies of the first issue and 5,000 with the very next issue.

Jill and her team were successful because they never lost sight of the human element. Ultimately, she made her team the hero of the story. Her group of engaged storytellers became a strategic asset to the entire business.

Take the Next Step

The fact is you do not have to be Joseph Campbell, Ed Catmull, or even Jill Kouri to use empathetic storytelling to be successful. You do not even have to be the CEO or even part of the management team. You just have to remember one key element: it is not about you.

So what do you think? Please consider picking up your copy of Mean People Suck today, and get the bonus visual companion guide as well. Or check out our services to help evolve your culture. And I would be thrilled to come present to your team on The Power of Empathy!