Knowing vs. Acting (Plus a Revealing Talk About Making Unthinkable)

The following originally appeared on the Unthinkable weekly email. I send one such email each Monday morning to introduce a concept or story we’re exploring centered on one goal: Helping you hone your intuition and turn it into action. As we explore this idea together, we communicate through the email each week, sharing questions we’re asking and hypotheses we’re testing on the show. Subscribe at the bottom of this blog post to join us!

I recently appeared on another podcast about creativity called Louder Than Words. I shared the brutal honesty behind why I launched Unthinkable and some of the process I use to test ideas. The host, John Bonini, was awesome enough to let me share that episode with you right in the Unthinkable feed. Find it via SoundCloud, iTunes, Stitcher, or wherever you listen to our show.

Also, we need to talk about “knowing” versus “acting.” To explain what I mean, let’s make this the second straight week that I mention my dog, because that’s not weird at all.

So, I own an adorable beagle mix named Nocci — short for “nocciola,” which is hazelnut in Italian. (Their -ci is like our -ch.) 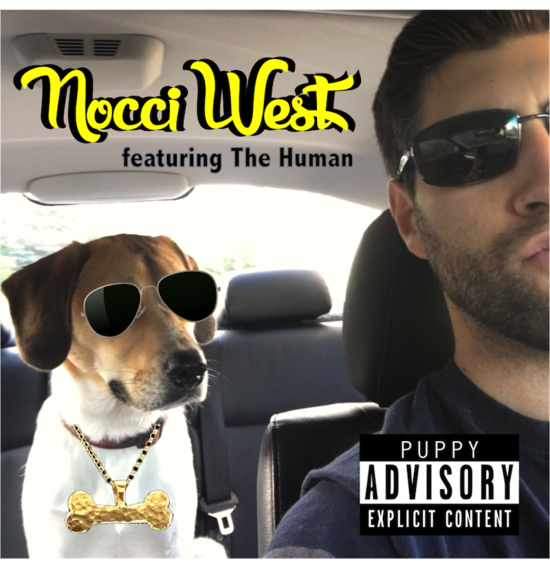 (Apparently, a picture’s worth a thousand unsubscribes.)

Okay, back to this idea of knowing vs. acting. When I first adopted Nocci, I had no idea what I was doing. I lacked the information I felt I needed to make decisions. But after a year of living with him, I feel much more confident taking care of him.

Now, it’s easy to believe I’ve gotten better at interpreting his whimpers, yips, barks, wiggles, sneezes, and sudden terrible smells, followed by innocent gazes up at me. (I know it was you, dude.) But, no, I don’t think it’s that. I don’t actually receive more information from those things.

Instead, I’m just more comfortable making decisions WITHOUT the information I need. And the best part is, once I decide to try something, I more easily learn what he actually wants. (“Oh, right, he ran out of water.”)

You Will Never Have All The Information You Need

In our work, we seem to act like I did the day I adopted my gangsta-pup. We always think we need more information before we can act. Whether we blame our companies, our clients, or ourselves, we too often avoid doing something new, different, and creative because we don’t think we’re informed enough just yet.

Enough! You don’t. You won’t. You can’t. But that’s exactly why something is worth doing.

Whenever you create something new, you start at an information disadvantage. But if you were to somehow collect all the information you thought you needed, guess what? It’s probably not an idea worth executing. All that available information — all those ANSWERS — means whatever you were about to try has already been done ad nauseam. It won’t stand out. It’s not worth your time.

Being craft-driven creators doesn’t require that we learn more to then act. Instead, our happiness and our success requires that we act more, because that’s how we learn. Yes, that’s the scary path, but if you ask me, it’s the only one worth following.

In the weeks since we announced a brief hiatus from new episodes, I’ve shared our mission (To help people hone their intuition and turn it into action) and our scripting framework (find that here).

But I hope it’s clear by now that these are merely best guesses to start the process of learning-by-doing. The mission and the framework both feel right, but they’ll change and evolve.

So instead of sharing answers, what I’m trying to do with Unthinkable is ask the hard questions: What happens when you want to honor your craft and create meaningful work SO BAD that you ignore logic, precedent, best practice, and even data to instead follow your intuition? What happens when you make that leap between what you’re “supposed to do” and what you know in your bones is better?

In asking these questions, I’m not trying to be the guy with the answers. Instead, I’m trying to shout, “There’s a mountain over there!” and simply be the first to start hacking through the jungle towards it. But without your help, we won’t get very far, so in addition to sharing your thoughts with me as I hack my way forward, eventually, I’ll need you to take up your own machete and start hacking away with me. I’ll need you to help us think, build, push forward, and uncover new paths.

How do we know this will work?

How will we know we’re on the right path?

And that’s exactly why this is worth doing.

Subscribe to the Unthinkable weekly email below to receive a personal note every Monday morning.

The post Knowing vs. Acting (Plus a Revealing Talk About Making Unthinkable) appeared first on Unthinkable.