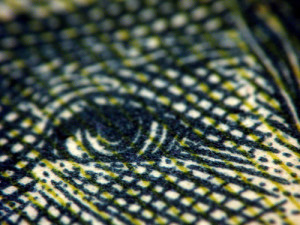 Yesterday I attended the @MarketingProfs webcast “Top Tools For Engaging Your Audience Online.” with Mr. @Unmarketing himself, Scott Stratten. Scott is the President of his own marketing consulting firm and author of the best-selling book UnMarketing.

I have to say I have been following Scott since I first joined Twitter in 2009. He helped to teach me that social media is truly about having conversations and about engagement. I also love Scott for his famous quote in a former speech that whenever someone asks “what is the ROI of social media?” a unicorn, a kitten and a puppy all die!

Scott taught me a number of other things like the importance of saying “thank you” in social media and also some signs that you might be a social media diva.

So I had to show up to see which gems Scott would present in “Top Tools For Engaging Your Audience Online.”

Scott started by explaining that he wrote the book “UnMarketing” because he was tired of hypocritical marketing.

Tip 1: Marketing is about building relationships and getting people to know, like and trust you.

Social media is maybe a new term but it is as old we are. We have new tools, online but it is more about being social than it is about media.

Tip 2: Focus more on being social and less on the media or tools.

People think marketing is a tactic and something we need to do. But marketing is about much more than that. It is sometimes about who we hire. It is everything we do in a company. It is not a department.

Tip 3: Marketing is not a tactic or a department. It is everything a company does.

Branding is defined by our customers. They tell you what you stand for. Customers don’t care about brochures or logos, they care about experiences.

We all create stories and content but much of it is “frequently futile.” The time and frequency of content should be defined as how often we have something valuable to say.

Tip 5: “Capitalize on the spread.” This is defined as our innate human nature to spread great stories.

And now content needs to be mobile-friendly. Scott stated that more than half of the time spent on Facebook is from a mobile device! So if people can’t read your content, they can’t share it. There is a big difference between mobile-ready content and content customized for mobile. Content should be customized for mobile and then tested on all the main formats.

Scott hates Farmville. He said that 247 million people play Farmville and that Zynga, the company that started Farmville made more than a billion dollars in 2011. So if your audience is there, you need to figure out why they are there. So Scott looked at why people spend time there. The average user is a 47 year old female who enjoys the social networking aspect of the game.

Tip 7: “You can’t ignore what you hate.” Understand why your audience does what it does and goes where it goes.

Many businesses use techniques that send potential customers away. Captchas, popups, registration forms that are poorly-timed – all tell a new visitor of your site to go away.

Social media is not a platform for sending out promotional messages. It is a conversation where you need to talk with people, not at them. Sometimes we make mistakes but if you do, take the opportunity to be awesome. Critics should be answered. Customer complaints should be addressed. But don’t feed the trolls or spend time with people who are just looking for attention.

Tip 9: Use social media to be awesome and engage with potential customers but don’t get distracted.

For more of Scott’s unique style and sense of humor, check out his blog, follow him on twitter or read his post on the value of social media – one of the most popular blogs ever written and shared on social media.