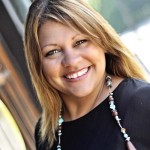 You know what they say, “there’s no such thing as bad PR.” But for marketers, there is nothing better than good press coverage in a respected trade publication.

Recently I saw that one of my Twitter friends Rachel Macik (@RachelMacik) scored a huge win for her company Atos Origin with this article coverage in the highly-coveted CIO.com media property: “Killing Email Softly – How One Company Is Planning Its Demise.”

When I ReTweeted the article and congratulated Rachel, she responded:

More interesting… @kmburnham [the author] and I met on twitter! It’s a fun story. This is where it all began https://bit.ly/ib56cL

I’ve always read CIO Magazine to learn more about the IT business, and to keep on top of the latest news. But more importantly, I was (and still am) trying to build a relationship or at the very least get noticed by journalists for the greater good of my company. This is no easy task. I’m sure these writers are inundated with mundane press releases and nonsense chatter to get their attention. I try my best to not say anything unless I can actually add value. The 2009 article caught my attention because this CIO was Making IT Fun Again, and I like fun. Dave Patzwald had began his career in marketing, (which means he’s probably the coolest guy ever), and it seemed Kristin had a good interview with the guy.

I was also new at Twitter and blogging, so I wanted to make sure I could catch her attention and use my @-tag wisely. I stalked, no “followed” Kristin for a few days. I learned she liked to ski, she used slang, she seemed to be young and cool, up and coming. Dave Patzwald was actually not part of Twitter at the time. When I commented on the story and talked about how Dave needed to step it up a little with his ol’ marketing roots, he accepted the challenge. His tweets didn’t last long, but it was enough to encourage me that I was doing the right thing.

@davepatzwald: @rmacik i accepted your challenge and joined twitter after kristin alerted me to your blog… glad to know there are others like me!

Q: How did your initial conversation almost 2 years ago turn into this recent story?

Honestly, it’s difficult to not send every journalist every bit of good news from your company. Over the last couple years, this is actually the second story Kristin has published about Atos. My first story in CIO magazine was around the Vancouver Olympic Games (Atos is the Worldwide IT Partner for the games). Since I knew Kristin was a skier, I figure she would have a personal interest in the news relating IT and the Winter Olympic Games. I kept her updated with the latest news regarding the Games, and eventually, Kristin was able to publish the first released from the testing lab.

Since then, Kristin has moved to covering social media and Web 2.0 for CIO.com, so I haven’t bothered her with “typical” news. When we had the latest innovation series which announced the banishment of corporate email, replaced by social media… I knew she would be interested.

Best tip I can give is to read -read a lot. And know how to use your online stalker skills for good, not evil. One of my favorite websites (because they speak the truth) is www.theoatmeal.com and because the artwork is awesome. My all-time favorite comic is the “How to use Facebook”. As I laughed at this, I realized I was nearly failing/succeeding at being the most annoying online stalker ever. My best tip is to not be the RASH.  https://theoatmeal.com/comics/facebook_suck 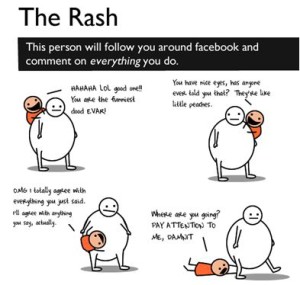 Q: You must be considered like a total “rock star” by the CEO?

I’d like to think my CEO reads my twitter feed, is a fan of all the Facebook pages I’ve created for the company, and perhaps has google alerts set for every time I make a comment anywhere on anything (scratch the last one 🙂 )…truth is, I’m certain he doesn’t. Honestly most people don’t know what to do with me and my social savviness. I believe management knows the power in social media, how news can spread like wildfire, and it’s important to learn how to manage situations before they become “situations”. They let me test waters, do my job, learn how to use the social media for the greater-good, I like that freedom.

I even wrote a blog once about our CEO’s hair to see if I could get some sort of feedback on my writing. (He does have fabulous hair by the way.) I was hoping these CEO’s would all have Google Alerts set up with their names, and I would have immediate notoriety… but I’m still waiting 🙂

Q: Have you seen any results from the coverage that you can share?

You’re interviewing me, that’s a good start. As of today, (three days after the story post), there are 116 tweets and 68 shares on facebook. Even the CIO.com Executive Editor weighed in on the story. I’m happy with the turn out so far.

@elanavaron: @kmburnham This morning, 104 unread messages in my inbox. 85 of them irrelevant to me.

Well I appreciate that Rachel was willing to share her experience with my readers here on B2B Marketing Insider. Please follow Rachel on Twitter and check out the Rachel Macik blog.

Looking for more traffic to your website with weekly blog articles, a full year content plan, and monthly reporting? Set up a quick call, so we can get started today…