To Clickbait or Not to Clickbait: What You Need to Know About Headlines and Clickbaits

As content is expected to increase 600% by 2020, content developers and marketers are forced to use everything in their arsenal, including the power of the headline, to draw more eyeballs to their content.

After all, as the father of advertising, David Ogilvy, once said, “On the average, five times as many people read the headline as read the body copy. When you have written your headline, you have spent 80 cents out of your dollar.”

You can argue until you’re blue that 80 cents is nowhere near accurate, but the fact remains that Mr. Ogilvy’s statement sums up just how essential a headline is to your content. The headline is like the window to what you offer, communicating to your audience what it’s about in just a glance.

The power of the headline

Many marketers have attempted to distill the headline creation process in a two-page PDF, outlining the best and worst words to use. But as more and more users begin to grow wary of the content they click online, it becomes evident that there just might be no fail-safe “formula” to writing a winning headline.

Time-tested principles, on the other hand, are better considerations when constructing a headline:

Telling the truth and being accurate are the very foundations of journalism. They help build credibility and a loyal following.

While most consumers are skeptical of the content they view online, writing a headline that reflects the value of your content develops trust, which can translate into financial value and better content ROI.

The Elements of Journalism authors Bill Kovach and Tom Rosenstiel say that journalism pursues truth “in a capacity that is more down to earth.” This also means a piece should be simple enough for everyone to understand – a “practical and functional form of truth,” in a sense.

Using jargons do not help. In a digital age where short attention span is an issue, your audience will drop your article like a hot potato if they need a dictionary to understand just your headline.

Include relevant keywords in your headline to optimize search engine performance, so that if only the title shows up in search results, your target audience can easily discern what your story is about.

Finding a word structure that fits your story makes your content easily searchable. Also, a post with a compelling subject line has a higher chance of being shared, increasing its social signal value. 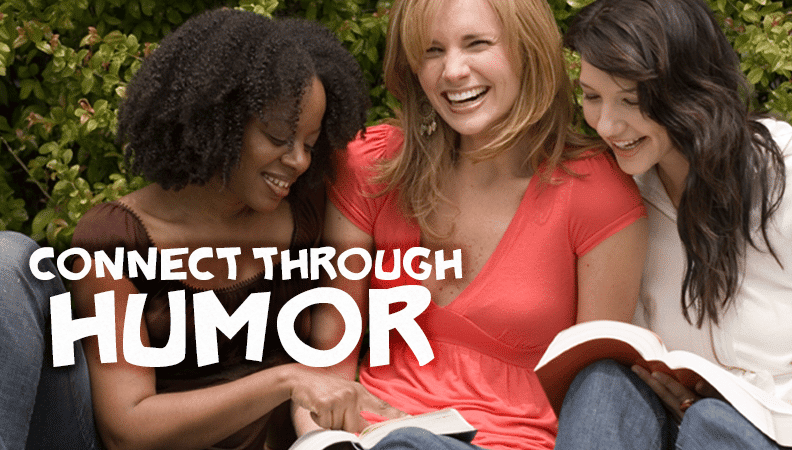 Adobe’s The State of Content Rules of Engagement for 2016 finds that humor, aside from consistency and polish, can help brands connect. 70% of the consumers who participated in the survey said that humor makes companies more relatable.

Humor done right is a powerful tool in grabbing audience attention and leads to better brand recall. Humor isn’t exactly telling funny jokes but invoking emotions that establish rapport with your audience. It should be done with caution, however, because humor gone wrong doesn’t only leave a bad taste in the mouth but can destroy your reputation as well.

And then, there’s clickbait

So you’re wondering why from reading a lasagna rollups recipe you’re suddenly looking at the seven worst plastic surgery cases ever. Odds are you’ve just been clickbait(ed) by hyperlinks under the headings “related articles” or “from the web,” beckoning you to click on something that’s either “mind-blowing,” “shocking,” or other hyperboles.

Clickbait, according to the Oxford Dictionaries, is Internet content whose primary goal is “to attract attention and encourage visitors to click on a link to a particular web page.”

Using this definition, it follows that a clickbait is just that – a ploy to get you to click on something, but in practice, clickbaits are getting a bad rap because they normally fail to live up to expectations.

And while that is unfortunately the case, a thing or two can be learned from clickbaits when it comes to writing headlines.

The exaggerations invoke emotion and trigger reader curiosity, which intrinsically motivates a person’s desire for information. Add to that the personalized way clickbaits address their audience and make them a part of the story, such as in these articles from BuzzFeed: 19 Photos That Will Make You Laugh Without Knowing Why or What Does Your Hair Length Say About You?

Most clickbaits offer short articles and heavily rely on videos and images to satisfy our, according to St. Augustine, ocular lust, which emphasizes curiosity’s “frequent, although not exclusive, connection to visual perception.”

Sites like BuzzFeed also popularized listicles, which, admittedly, are easy to rifle through. Lists make content more easily comprehensible, and therefore, powerful vehicles for brand recall. Since the content is organized in bulleted forms, it allows the brain to focus and saves it from processing irrelevant information.

Statistics you need to know about clickbait

Sites like BuzzFeed and Upworthy are riding on the high of the clickbait trend in online journalism. Capitalizing on our innate curiosity, both sites draw in hundreds of millions of views every month.

BuzzFeed, on average, commands 5 billion content views per month. Upworthy, on the other hand, just crossed the 200 million-view mark on Facebook early this year.

But there’s a reason why clickbait is called a trend – it is not here to stay. In fact, Facebook is already taking action to weed out clickbaits from its news feed. It’s now prioritizing what users would like to see (rather than what is clicked, shared, or commented on) via a survey asking them whether they think certain posts are ads, or which of two posts they prefer to see.

On the other hand, Chartbeat, an advertising technology company that aims to “build the attention economy,” conducted a study on user behavior across 2 billion web visits in a span of one month. They found that “most people who click don’t read” and that “55% spent fewer than 15 seconds actively on a page.”

Accredited by the Media Rating Council, Chartbeat’s metrics around attention, rather than clicks or load time, may prove effective in curbing over-sensationalized headlines, as they measure the actual amount of attention a post is able to capture instead of the number of clicks it generates.

Meanwhile, publishing platform Medium uses TTR (total time reading) as a metric on audience engagement, measuring user interaction with every post. Their calculations are based on when a reader started reading, when they paused, and when they stopped altogether. They also take into account periods of inactivity.

While we can learn a lesson or two from clickbaits, there are not-so-pleasant truths we need to know about them, too. Resorting to clickbaits in an attempt to capture user interest can do more harm than good for your brand in the long term, mostly because clickbaits are prone to misinterpretation and deviate from the real story.

Sure, it grabs people’s attention because the headline is clever or funny, but clickbaits often fail to deliver what is bannered, leading to distrust or, worse, damage to reputation.

What to do instead

Focusing on what’s valuable can help you write powerful headlines without resorting to clickbaits. Remember that content is king and, ultimately, quality wins. In this content-driven world we live in, capturing audience attention is just half the battle, keeping them engaged is another story. It’s what you provide after the headline that matters most.

And while it’s true that audience preference varies and online media trends can shift at a blurring pace, some things remain constant: People tend to stick with those they can trust and that deliver what they promise.

4 thoughts on “To Clickbait or Not to Clickbait: What You Need to Know About Headlines and Clickbaits”