The Evolution of Empathy: Learnings from Our Ancestors’ Decision to Work Together

I’ve discussed quite a bit in this blog, and in the book Mean People Suck, about where empathy comes from. Are we born with it? Is it learned?

It’s certainly an acquired skill, but there’s plenty of proof that empathy has been part of the human condition for some time. The evolution of empathy can be traced back to long before homo sapiens walked the Earth.

Empathy enabled us to work together and cooperate, in part leading to our survival as a species. But what happened along the way?

The Origins of Empathy

Dr. Mollie Castelloe takes us on a deep dive into this topic in her article, “The Evolutionary Origins of Empathy.” She explains that our desire to work together was borne from necessity in childrearing practices of our pre-human ancestors. She notes this important transition to cooperation is what led to modern human emotions that allow us to feel compassion and understanding toward others.

Our ancestors began to share childbearing responsibilities as a means to protect offspring and ensure their survival. Humans and those we evolved from are hard coded to survive, not just on the individual level but as a species.

When operating as a group, humans did better. They learned that working together and building relationships left everyone else better off.

Empathy became more than just a feeling; it was a necessity. Those same bonds that brought primitive species together to collaborate, and to access food, shelter, and care are still very much relevant today.

So, when did the evolution of empathy begin to crumble? After all, it seems we are stuck with a lot of mean people these days.

So, we’re not exactly born with empathy, although we, as a species, may be predisposed to be a cooperative one. We learn empathy from a young age, but we then lose it.

It’s not a genetic trait, even though it’s part of our evolution. Our ancestors obviously weren’t born with the desire to be empathetic.

They learned it as well and continued expressing it because it kept them alive longer.

So, we don’t necessarily need to be empathetic to survive in the modern world any longer. You can do quite well on your own, but you’ll do better as a group, especially in the workplace. In fact, empathy is one of the critical components of Emotional Intelligence: 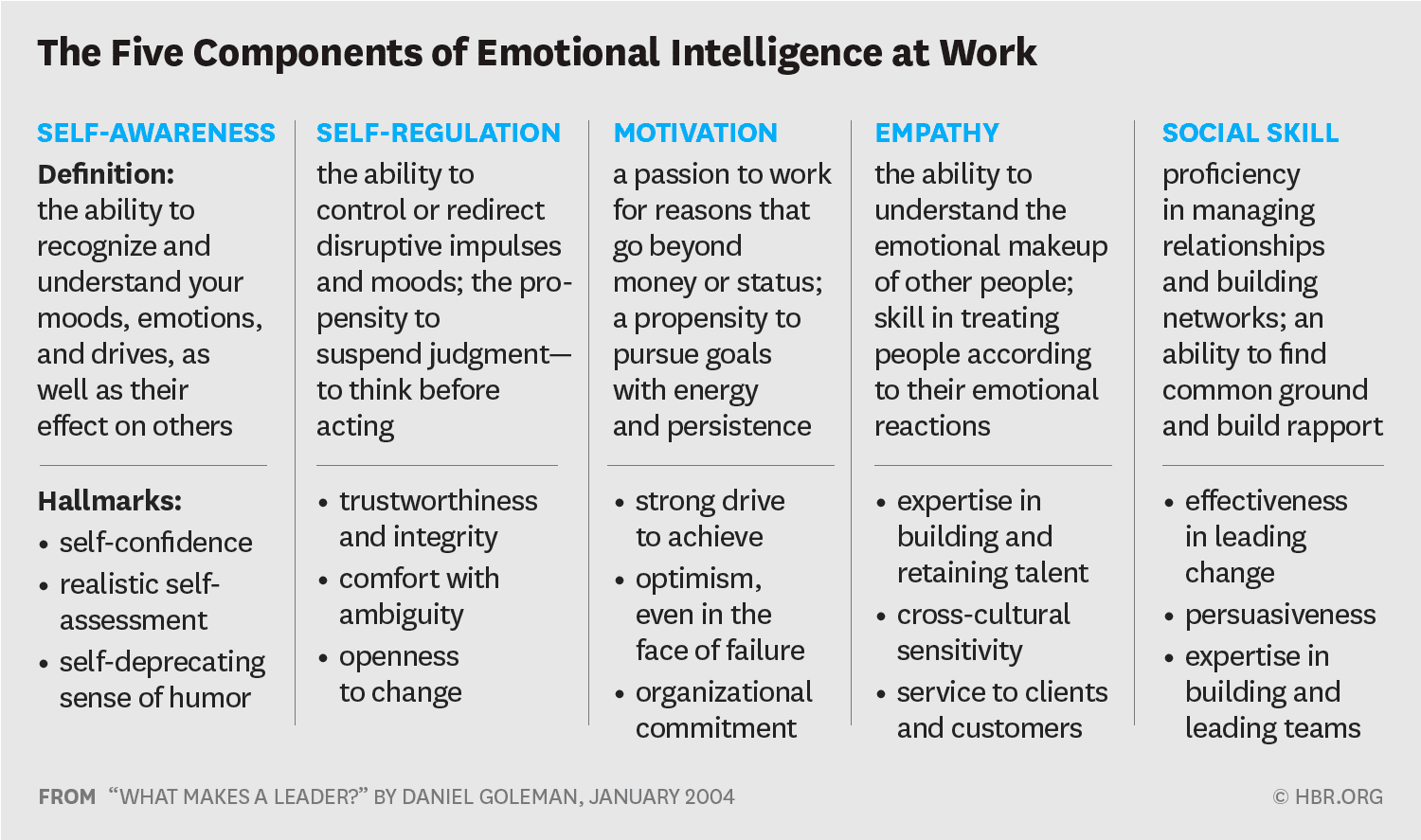 The problem is that empathy in the workplace is scarce. And it’s most scarce at the top. Toxic bosses and managers are screwing things up for your company. They’ve lost that ability to connect, or maybe maybe they gained have the false perspective that to be empathetic is to be weak.

It’s not. Being mean is weak. Trying to invoke fear in your employees is weak. Compassion is never weak. Most would say it’s what makes us human.

What Can We Learn About the Evolution of Empathy?

Dr. Castelloe’s article had such an impact on me because she nails the essence of what empathy is—working together for the greater good. When you are connected to those around you at work, doesn’t it just feel better? Like you’re in it together and care about the feelings, thoughts, and opinions of others.

Without Empathy, Your Business Won’t Survive

If you look at the most successful businesses in the world, they have a lot in common—innovation, a customer-centric approach, and usually a low staff turnover. It’s not to say that successful companies doesn’t have their share of mean people, but for the most part, a culture of success is a culture that believes in cooperation. This is how new culture evolves in the workplace:

Cooperation is the basis of empathy’s origins, as we learned from Dr. Castelloe. So, you can either be working together to drive new ideas and amazing customer experiences. Or your company can suck and be out of touch, which your customers will soon get to know about, and they aren’t going to stick around.

Empathy actually builds loyalty, and that’s an attribute that every company craves. Loyal customers and employees are what fuels growth and sustainability. There is no “secret” to success here—it’s really about giving a damn, caring what your customers and your employees have to say.

Millions of years ago, our ancestors made a collective decision to work together. If they had not, then none of us would probably be here right now. We can learn a lot from those that came before us.

While you’re probably not saving humanity (or maybe you are!) in your business. What you are doing is trying to solve some problem for your customers. And if you want to solve problems then you have to start with empathy. There’s really no substitute for it, and having an empathy deficit is a pathway to failure, paved with self-centricity.

So, we certainly owe our ancestors a huge thank you for realizing it’s better to be a team than go it alone. Now hopefully, you can convince your company to do the same.

So, what do you think? Please consider picking up your copy of Mean People Suck today, and get the bonus visual companion guide as well. Or check out our services to help evolve your culture. And I would be thrilled to come present to your team on the power of empathy!