If you’ve heard me deliver one of my keynote speaking presentations anytime in the last two years, you’ve heard me tell the story of Lyly Lepinay who used to be the digital marketing manager at global consulting services powerhouse Capgemini. I met Lyly (over the phone) about 5 years ago when she reached out to me get some advice on their content marketing strategy.

About a year later I heard about how Lyly and her team at Capgemini were getting some of the most amazing content marketing ROI I had ever heard of. So when it was time to write my next book Mean People Suck, I reached out to Lyly to see if I could tell her story about how Capgemini did NOT suck.

Instead of getting her permission, Lyly said that she could not take credit for the platform or the strategy. “The real credit should go to Rena Patel,” she said, who was leading Capgemini’s digital advertising and branding at the time. So I reached out to Rena, who after leaving Capgemini went on to work at LinkedIn and is now the CMO of Kantar. This is her story…

In the beginning, Capgemini had two goals. The first was to increase revenue for their IT services. The second was to improve the overall brand awareness and the reputation of their consultants. Capgemini competes with well-known consulting brands like Deloitte, KPMG, and Accenture. However, the executive team felt like they were falling behind.

The executive team noted their competitors were sponsoring airport ads, golf tournaments, and even professional golfers along with traditional advertising efforts. Patel tried some of these tactics along with other tasks such as tweets, campaigns, press releases, and talking up the company on all the latest marketing channels. These methods were expensive and hard to track. She knew there had to be a better day.

However, the executive team had other plans. They saw their competitors advertising efforts and asked Patel to start the process of looking into sponsoring a professional golfer. Her CMO was excited about the prospect as well as her colleagues, who anticipated the possibility of front-row seats and major golf tournaments and a chance to meet famous golfers.

However, Patel constructively pushed back. (Way to go Rena!)

What’s in It for the Customer?

She examined the content the company created. The hunch that the executive team had about Capgemini being behind their competitors was correct. But their reasoning was a bit misplaced. The real reason was that Capgemini was not producing content that engaged with their audience.

When she relayed this information to the executives, Rena knew she had to frame it in a way that would highlight why sponsoring a professional golfer may not be the right approach. Rena wanted to bring the customer to the center of the organization. So first she asked, “what’s in it for the customer if we sponsor a golfer?”

She did not stop there. Patel spoke to customers and discovered that most of them were not golfers. Many of them didn’t even like golf, nor did many of them watch golf tournaments. Few would recognize most professional golfers except for perhaps Tiger Woods. Rena knew that sponsoring a professional golfer would not drive the results Capgemini needed.

That got her thinking. With a significantly smaller budget, she was confident they could reach and possibly exceed several audacious goals. By creating engaging content, she believed she could raise awareness, build their consultants’ reputation, and even bring nearly a million new visitors to their website.

When she presented this idea to her executives, she bravely told them to hold her accountable if her project failed.

Rena convinced her executives to let her proceed. She created a website focused on meeting their customer and prospects needs by sharing their consultant’s expertise in a brand storytelling format.

The content produced on the site answered the questions Capgemini’s customers were asking. Topics included questions about Big Data, Cloud, Technology, and all subjects about their consulting services. Additionally, Rena discovered that nearly all of their customers were on LinkedIn. And so she focused their efforts on creating and promoting content for LinkedIn. 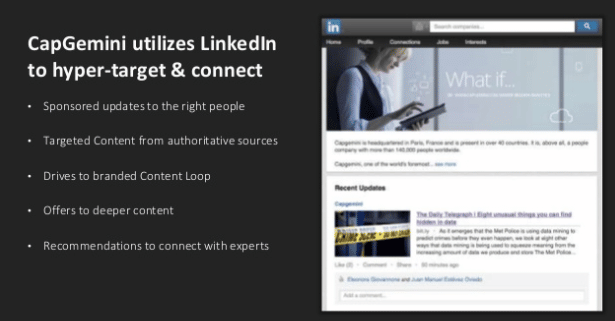 Guess what? It worked. At the end of one year, Capgemini’s website had nearly a million new visitors to their website. The company’s LinkedIn page had more than 100,000 followers with 3,000 to 4,000 new followers being added per week, and also more than 1.8 million shares!

Rena had done it. She increased awareness, engagement, and most importantly, generated that one million new visitors she had promised. But wait, there’s more to this incredible story. The site not only saw the increase in traffic. It turns out they also stumbled upon some prospects who had reached out to the authors of some of the articles. Some of those prospects asked for proposals. And some of those proposals generated booked projects – to the tune of nearly $1 Million.

Wouldn’t it be nice to stumble upon a million dollars!

You Promised the Most Amazing Example of Content Marketing ROI!

A couple of years later, I was presenting to the global digital marketing team at one of the world’s largest technology companies. And I was telling Rena/Lyly’s story. Afterwards, a man approaches me and says that he worked on Rena and Lyly’s team. He said that in the 2nd year of the program, they generated more than 8x what they saw in the first year – a nearly 10x Return on Investment.

Imagine you run a program that delivers $10 in revenue for every dollar you spend!

He attributed the success of the program on the fact that the content was customer-focused, the consultants themselves were sharing their expertise, and that this was creating a virtuous cycle of trust that led prospects of their services to reach out to more and more of their consultants directly. But he also gave much of the credit for this to the rest of his team!

I like to believe that Rena had a few factors to thank for her successful program. First and foremost, she had the awareness to see that the current efforts were not working and she had the courage to speak up.

Second, the executives allowed her to push back and ultimately listened to her recommendations. Her story is an excellent example of what happens when companies trust their gifted employees and ultimately, put the customer at the center of their attention. 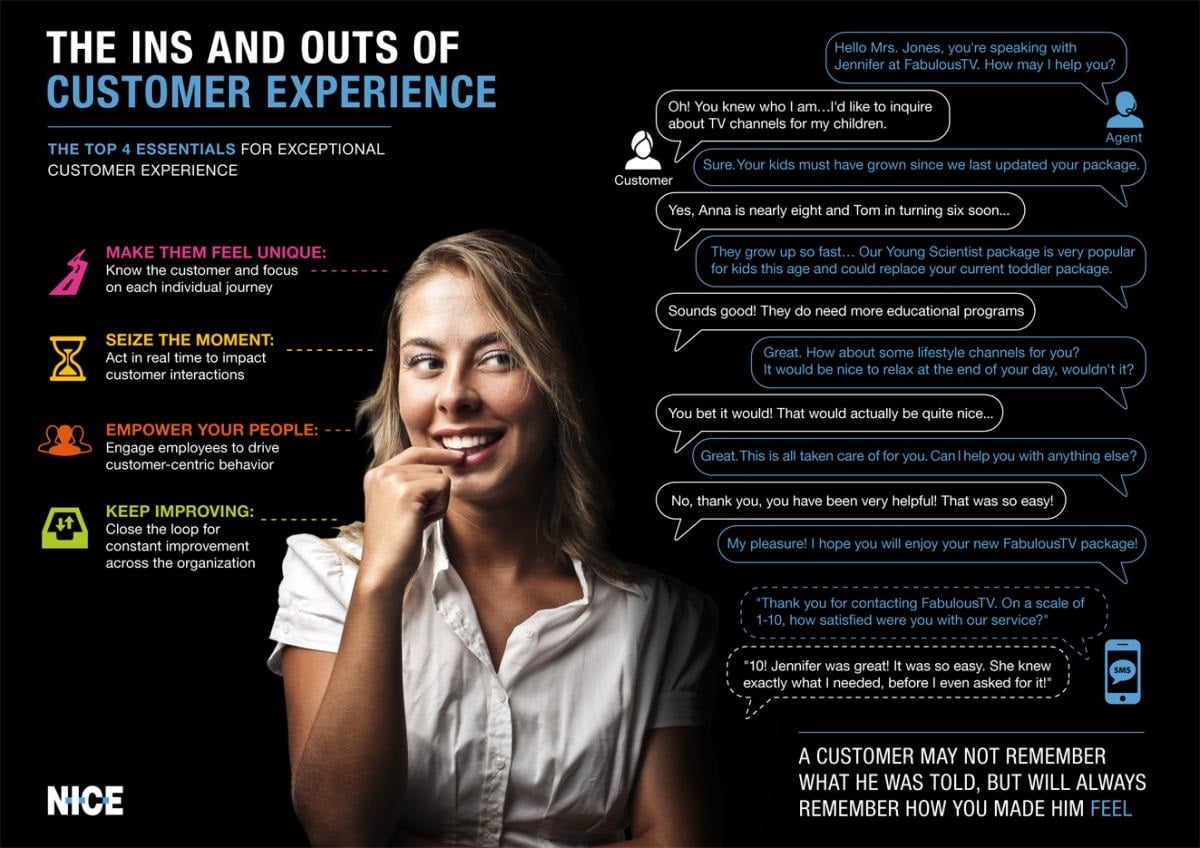 Third, despite their massive content marketing ROI, these are 3 of the most humble people I have ever met. Mean people really do suck. These folks do not!

Where’s your ROI? if you are not showing ROI from your content marketing efforts, reach out to us today. We can help. We’ve helped more than 70 brands to document their strategy, define their editorial process, get the content engine running smoothly, and measuring ROI.

This story was excerpted from the book Mean People Suck. Due on sale October 25, 2019.