The Top 9 Videos From Brands This Year 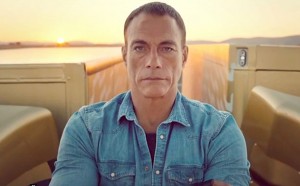 It’s that time of year to start thinking about what have we done well, as an industry. And recognize the success of those brands who got it right. Who created content that didn’t just pitch their products. But touched their audience in some way.

Thanks to Amanda Maksymiw,  Joe Pulizzi, Ann Handley, Tim Washer, Todd Wheatland, Joe Chernov, Rob Yoegel and Jesse Noyes for sending me their ideas on the top content of 2013.

They provided some amazing suggestions and mostly agreement (see below) on what was the best branded content of 2013. I did my own research and found that almost all of the best content this year was video (hmm, what does that mean?) So I created this list of the top 9 videos from brands this year. I hope you enjoy the videos!

Do you agree with these selections? Do you have a video to nominate that isn’t listed here? Add your comments below!

Dumb Ways To Die is a hilarious public service announcement from Metro Trains of Melbourne Australia. It was produced to educate children on train safety and quickly became a social and viral sensation after it was released late last year. The video has racked up 65 Million pageviews on YouTube. It also received 5 Cannes Lion awards. Check out the website, iPhone app and mp3 for more fun.

Dove launched the “Real Beauty Sketches” video in April of this year to show women to be “more grateful for their natural beauty” and that they are “more beautiful than they think they are.” Expect tears! Check out their full website.

Everyone is talking about (and sharing) this new online commercial that shows 53-year old actor Jean-Claude Van Damme doing a split between two reversing Volvo trucks. Most of the comments I’ve seen are people questioning if the stunt was real. The Wall Street Journal ran this quote from Volvo’s PR manager: “The stunt is real and is performed in just one take. It’s a daring stunt but we had full control. There was never any real danger involved.” They report that Van Damme, used safety tethers on his feet that were attached to small, invisible shelves on the trucks’ side mirrors.

I have to admit I don’t really get this one. But there was almost unanimous consent from the smart folks I asked on this being the best piece of content produced by a brand this year. I think everyone I asked is just way cooler and smarter than me!

I get that it’s got some weird Tim Burton-esque, Pixar-like animation. I get the message. Love the call-to-action to engage further with the game. I’m just not that entertained by it. I don’t feel particularly informed by it. But hey, it’s probably targeting much cooler hipsters and not me.  I gotta respect the effort.

This video uses a popular monologue by Paul Harvey from a radio show in the 1980s. It really stuck with me because my Dad used to listen to Paul Harvey every day. And although he’s gone, these kinds of things make me feel like he’s still here. The video is a great example of how to use sounds, words and amazing images to connect with people in a deeply emotional way. I will probably never buy a Ram Truck but I love them for making this. (BTW – I’m a sucker for a great voice over – see Cisco Internet of Everything ad).

“Where do breakthrough ideas begin? Maybe during 5th period Freshman Biology.” This video shows Jack Andraka winning $75,000 from Intel for his little science fair project. Jack is a 15-year-old kid who invented a new way to test for pancreatic cancer after his Uncle was diagnosed. He won the 2012 Gordon E. Moore Award, (named after Intel’s founder) at the Intel International Science and Engineering Fair.

8. GE “Science Fair” Vine Videos on Tumblr. These are really great and so easy to watch.

9. Ann Handley’s Best Political Ad Ever. At first, I was all like “oh I’m staying away from that whole politics thing” but this really is brilliant.

In case you are interested, my selection criteria was content produced by brands but that wasn’t necessarily about the brand directly. So et me know what you think in the comments below. And please follow along on Twitter, LinkedIn, Facebook  and Google+ or  Subscribe to the Marketing Insider Blog for regular updates.

26 thoughts on “The Top 9 Videos From Brands This Year”