Why Is Growth Hacking So Important For Marketing

Growth hacking is:
1) a new tool that allows you to add Miracle Gro to your website
2) the moment you put on heels
3) the buzzword du jour or
4) something you say in a conversation to make it seem like you’re a “smart marketer.”

If you answered 3 and/or 4, you’re right. This term is sprouting up (forgive the pun) on conference calls and meetings every second of the day – and it carries a significant amount of danger with it. So, why is everyone using the term “growth hacking” in marketing? And what do you need to know about it if you’re looking to be seen online?

Many marketers rebrand themselves as “growth hackers” these days as a way to attribute success to the product (and not to marketing). Growth hacking is a self-taught skill and mentality in which you’re endlessly adding value, building communities, and driving traffic to bring in money to scale a start-up.

Everything that these “growth hackers” do is measured by its impact on scalable growth. Since it involves endless iterations on new ideas (that thrive on the web), many believe that you must be a formal engineer to be a growth hacker. But that’s not the case. According to Gagan Biyani, the co-founder of Udemy:

While you may not need to be an engineer, you do need to be a web wizard who can combine the art of marketing with the science of product engineering to create a winning trifecta of:

Back in 2010, Sean Ellis, the first marketer at Dropbox, coined the term in an article on “How to Find a Growth Hacker for Your Startup.” Growth hackers scale quickly through creativity to endlessly and efficiently iterate on new ideas to “hack” business growth.

Danielle Morrill, CEO and Cofounder of Mattermark, believes that:

“The best growth hackers are questioning marketing as we know it today, because the online tactics that were once the territory of a select few are now table stakes. Metrics, scalability, lean, and iteration used to be words that came from a product team. With growth hacking, the best marketers sound like product gurus and software engineers.”

If you’re looking to be the next big growth hacker, get out your cape (because all the best growth hackers wear capes). If this sounds like nonsense, it’s because it is. According to this thread on Quora titled “Is Growth Hacking Nonsense?,” 24 people chimed in to share their opinion on whether they believe the term is rubbish. The gist? The term loses its value when it’s used as a self-promotional tool.

Andy Johns, the Former Product Manager of Growth at Facebook, Twitter, and Quora believes that using the term may undermine your own legitimacy. Johns states:

“It’s very clearly a method of self-propagandism since the people who most aggressively cast themselves into the growth hacking culture are those who don’t have a background that demonstrates they’ve actually grown anything to significant scale.”

Will the Real Growth Hackers Please Stand Up?

Despite the wannabe growth hackers of the world, building an online empire with millions of users is a pretty good skill to possess. But what makes someone a true growth hacker? The real growth hackers are the ones who have already proven that they can scale. 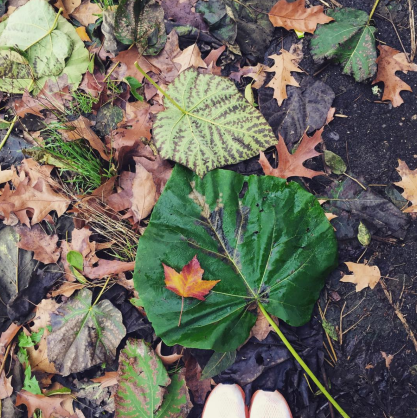 To get a better idea of what it takes to be a true growth hacker, Kissmetrics put together an infographic that shows modern-day growth hackers and how they’re interconnected. The people on this list helped grow companies like Facebook, LinkedIn, Google, and Microsoft into what it is today. There’s also this growth hacker mafia list, curated by Aaron Ginn (a growth hacker himself), with leaders in the space who have seemed to demonstrate the “proven skills” of a growth hacker. According to Ginn, they all possess a mindset of data, creativity, and curiosity to accomplish the feat of growing a user base into the millions.

Growth Hacking vs. Marketing: The Difference

According to this Quicksprout guide, the one word that separates growth hackers from marketers is: analytics.

“Analytics is the blood that flows through the veins of a growth hacker. Almost everything they do has an element of analytics either in the foreground or the background. Without analytics a growth hacker feels naked.”

Sure, many marketers today understand analytics. But growth hackers have a deep understanding of analytics so that they can:

In other words, a growth hacker knows how to translate audience data (using both sides of the brain) to improve content marketing – which, in turn drives traffic and brings in money. They mix their right-brain whimsy with left-brain practicality to build an audience of millions. But they don’t let one side of the brain lead before the other. They leave a great amount of room for curiosity so that they can simultaneously ask questions to determine which marketing efforts are most effective. This helps to constantly evolve the business model so that money comes in and customers stay happy.

Growth hacking success stories can be attributed to acquiring new users quickly and efficiently. The thing is, there’s not one way to do this. Growth hacking depends on the industry and the nature of the company. (For example, technology-centric companies can experiment with viral and paid acquisitions). The good news is that any kind of company can learn how to turn visitors into engaged users through a solid content marketing strategy. When you leverage blog posts, infographics, and videos you can increase brand awareness and website traffic.

The secret of “growth hacking” is in the mindset. Sure, everyone may be spewing the words “growth hacking” around your office (and online). But unless you have a solid success story or two, you may want to lay off using the term as a self-promotional tool. Instead, use your curiosity, creativity, and analytics to miraculously grow your company (with or without Miracle Grow).

Learn how you can work with me to improve your content marketing strategy here.

This article was originally published on studioD.

The post Why is Everyone Using Growth Hacking? appeared first on Jessica Ann Media.

Jessica Ann is the CEO + Creative Director of Jessica Ann Media {JAM}, a creative agency that develops compelling content for top-tier brands. Before launching {JAM}, Jessica worked as a news producer for national media outlets such as NBC Newschannel and XM Radio in Washington D.C., and earned her Master’s Degree in Communications from Johns Hopkins University. I’m most active on Twitter and Google +. And love hanging out on Instagramand Pinterest. oh, and here’s my Facebook page and LinkedIn profile if that’s more your thing.